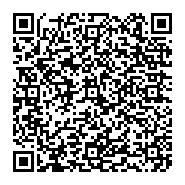 The concentration levels of some potentially toxic trace elements such as Cd, Cr, and Pb in the muscle tissue of some shrimp and prawn species from Northeastern Mediterranean Sea, Gulf of Mersin, Turkey were seasonally determined in this study. The effects of seasons on the potentially toxic trace elements levels of regional commercially valuable five different shrimp and prawn species (green tiger prawn-Penaeus semisulcatus, kuruma prawn-Marsupenaeus japonicus, caramote prawn-Melicertus kerathurus, deepwater pink shrimp-Parapenaeus longirostris, speckled shrimp-Metapenaeus monoceros) were determined. 30 individuals of each species were caught by bottom trawling from the Mediterranean Sea (Gulf of Mersin) in four seasons in 2013. Shrimp and prawn samples were extracted using digestion method with concentrated nitric acid and per chloric acid and metal levels were measured using ICP/MS. The differences in Cd, Cr and Pb levels of muscle tissue in all species were determined as 0.44-1.40 μg/g dw, 1.38-5.80 μg/g dw, and 1.99-13.42 μg/g dw, respectively. The quantitative relationships generally found in the metal levels of muscle in all the species were: Pb> Cr> Cd, but the concentration of each potentially toxic heavy metal varied seasonally. If the data obtained by this study were evaluated with respect to the data in U.S. Food and Drug Administration (2013), it would be obviously seen that all the shrimp and prawn species living in Gulf of Mersin were not contaminated with Cd and Cr but contaminated with Pb. However, if it is analyzed in accordance with European Commission (2011) and Turkish Food Codex (2011), all species except winter and spring samples of Parapenaeus longirostris are contaminated with Cd and Pb.